Last weekend some of our team headed down to the biggest WordPress conference in the UK, WordCamp London. The event happens every year and is an amazing opportunity to meet up with likeminded friends in the WordPress community as well as to learn from the many talks available during the event.

This year, as always, was packed full of knowledge and sparked new ideas and technologies based around WordPress to explore. With tracks in three different rooms over the course of two days, there’s always enough learning to cater for everyone’s relationship with the content management platform.

The talks are really wide-ranging: design talks on subjects like usability and accessibility, dev talks like new ways to use the REST API and other key subjects such as content and community.

So what are the key things we’ve learned at WordCamp London 2019?

We’ve asked each of our team who attended the event how they would sum it up in one word, with some explanations why:

Traditional PHP methods took a back seat this year, which was interesting to say the least. The development-based conversation of WordPress has moved on in just one year, quite dramatically. The conversations are now around JavaScript and the REST API. This is no surprise though, with the release of Gutenberg and WordPress version 5.0 released in December 2018, the focus has now shifted from traditional PHP being at the core of the technology and has moved us on to more integration-based development.

What does this mean though? Things are faster, more connected and the possibilities are even greater than they were before.

And are we ready for all of this at Illustrate Digital? Naturally. 😉 We were beta testing Gutenberg for about 6 months before its public release and have begun adopting the JavaScript and React.js tech. In fact we’re already implementing it on some (not all) of our projects where the use case and business cases are suitable. Talks about content have historically been ‘how to create good content’ or ‘how to think of a subject to write about’. These are helpful talks, at the same time they’re only surface deep.

2019 was different though, with one of the strongest subjects from a number of different speakers being along the lines of creating content with a unique purpose. And, importantly, the content isn’t just in written form anymore; it looks like videos, social media outreach, events and distributing content on a large scale.

There’s power in good, well-thought-out content. Not just because search engines can algorithmically analyse written text more easily than images or video, but because we as people respond to good content, especially when given away without the pressure of expecting anything back in return. In summary; make yourself an authority on a subject and it’ll make all the difference to your marketing.

There are some hidden gems at every WordCamp and this year’s event in London didn’t disappoint either. One of these talks, by Sarah Semark, was focussed around a robot that she’d built to steal her own job.

The tech she’d created was an engine that built the front-end of a website all on its own, by scanning the social media platforms and other public information available about a brand to help pull its colour schemes, fonts and even language in order to build something that didn’t require human interaction until it was already built.

Sarah hasn’t used or implemented this properly yet, though it’s certainly interesting to see the way technology is being used. There was also a lot of talk around artificial intelligence and machine learning, which we’re still very much on the cusp of and nobody seemed to say anything specific about, though it’s certainly a “watch this space” and “probably should do something about this space” sort of scenario! 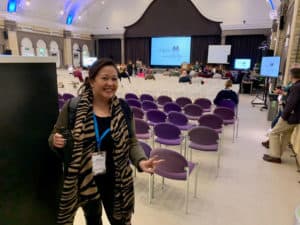 From a non-design, non-development perspective there was a very broad range of talks on show and with plenty to learn. There was a lot to soak up.

The subjects that seemed to be packed with the most content and excitement were the lightning talks; short ten minute bursts of energy from each speaker, talking passionately about their subject.

Lightning talks that stood out this year were about: do_action days organised in Bristol to build charity websites for free in just one day, how a business manages remote working really well whilst understanding the potential pitfalls, how to sell in a really natural way and what the different tools in a product manager’s toolkit should be.

From a development viewpoint there were a lot of talks that centred around the latest version of WordPress, naturally. What was particularly interesting about this was the variety of, not only talk subjects, but the special things that developers are doing with version 5.0 and Gutenberg.

There’s no getting away from the fact that WordPress has been given a massive shift into new ways of thinking and this has allowed people to come up with new ways of developing, has made things easier in some ways and created new, exciting challenges in others.

It’s given us a boost of energy knowing that there are plenty of technologies and methodologies we’ve not yet played with. It’s not relevant to all clients and some stuff isn’t relevant at all for now; what’s important is about how relevant it’ll be to the future work we do and how the digital landscape will shift in the months and years to come.

In a world of short attention spans, the web as a whole is trying hard to shift to quick and efficient experiences. Pair that with a desperate need for better security standards and you’ve got HTTP/2.

This is the technology replacing HTTP1.1, which most of us know as HTTPS. It was good to see how this is being put into practice to make websites more secure and more efficient and to think about how we can put this into good use on client sites at Illustrate Digital.

One of the main benefits of HTTP/2 is the way you can load much smaller file sizes to load websites quickly, especially the first time they’re being opened by an individual user, since your first interaction with a site is undoubtedly the best time to make a good impression. It’s a completely new experience for someone who has never been to a WordCamp before, different to the tip-of-the-iceberg sense of community that you feel at local WordPress Meetups. Being at WordCamp London shows just how impactful and central the community of people is to the growth of WordPress and its impact on the world.

In the tech and digital industries, especially for developers, it’s stereotypical that we’re a quiet bunch of people who don’t communicate very well. Events like this remind you that it’s far from the truth in the world of WordPress, where people are social, open to sharing ideas and genuinely want to make new friends.

As a pretty epic bonus, the Illustrate Digital team get to spend plenty of time together in a more social setting and this inevitably creates deeper connections worth smiling about.

So there you have it! Our roundup of WordCamp London 2019.

On the whole the team enjoyed the experience again this year, with a big thank you to all of the volunteers and speakers who gave up their time to impart their wisdom and share their own experiences and insights with us.

We’re looking forward to our next big WordPress outing to WordCamp Bristol from 17th to 19th May, where our very own Scott Jones is giving a talk on ‘Selling WordPress’. 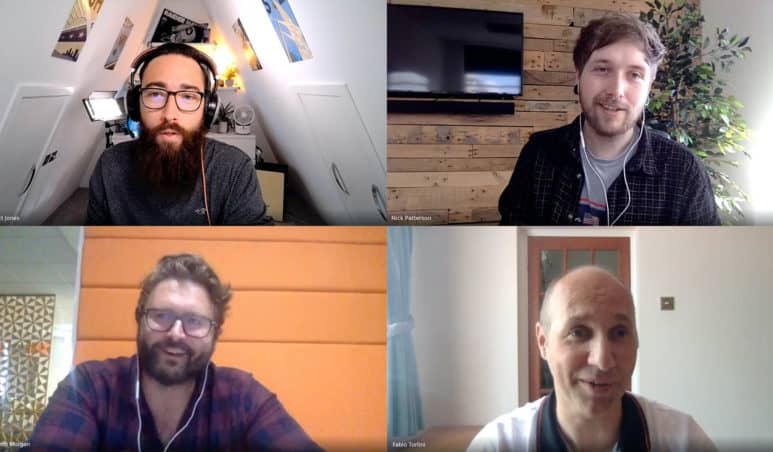 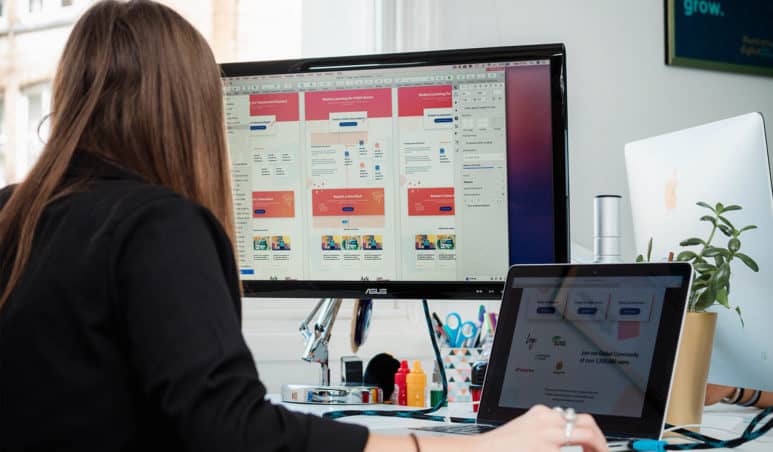